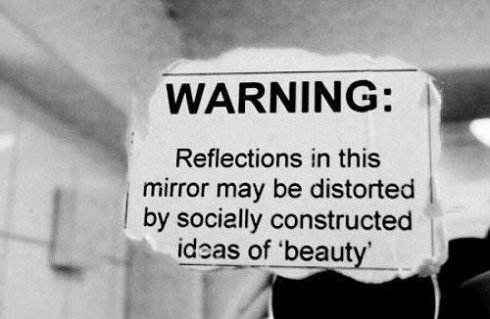 There seems to be an onslaught of media coverage and discussion about questions of beauty, how women are characterized in the media, and how women interact with each other. Let’s take a quick look at three recent examples:

“There are downsides to looking this pretty…” an article by a British woman (Samantha Brick) opened discussions about how a woman’s looks impact her career and relationships with other women. The news media grabbed hold of this topic and investigated. Personally, I know that there is cattiness in the workplace when you have a group of women working together. More often than not, it’s because there are a few that are more aggressive in managing their careers. And yes, I can say that I’ve had issues with a female boss because she was threatened by me (with absolutely no reason). But never have I seen women having issues with other woman at work because of how beautiful they were (or were not).

Ann Romney ‘never worked outside of the home’. I simply can’t believe that Hilary Rosen wanted to open Pandora’s box about woman choosing to have careers or a family. But she did. And Ann Romney took to Twitter to explain that she chose to stay home and raise five boys. Then Rosen apologized publicly. I am sure that there are a number of women who have families and work outside of the home that would choose to stay home if they could financially afford it. And there are an equal number of women that would not trade the balance of working and raising a family. The reality is that in some cases women have the choice – like Ann Romney did – and some others just don’t. But, the key here is that the debate over whether women should be at home or not was long dead and now it’s back.

Ashley Judd’s “Puffy Face”. She’s an actress, a humanitarian, a writer and apparently a woman just like the rest of us who has bad days, gains weight, and gets sick. However, Judd did not take comments about her puffy face lightly. In fact, she blasted the media and started a lively discussion about how women are judged on how they look and the damage that does. It’s also interesting to note that she calls out other women for driving the story – not men. Maybe Samantha Brick was right in her article about being beautiful and how that creates issues between women? Judd has done the media circuit explaining and campaigning for others to share their ‘puffy face moments’. Her Twitter account is more and more popular.

And finally, there is a new commercial for Depend undergarments for adults featuring the actress Lisa Rinna. There is apparently some hubbub about the fact that she’s in the commercial. I can see two sides to this conversation – 1. She definitely doesn’t need to use the product so why is she endorsing it? How about getting a real person who needs to use the product? 2. Having someone famous who is fashionable is showing that the Depend products don’t need to be feared or stereotyped as something bad, wrong, or unfeminine.

So what do you think? Do the more beautiful women have is harder at work and socially? Does staying home raising kids make a woman unable to understand the greater economic issues that are engulfing this nation? What about puffy face moments?

And if you could choose a topic for the media to grab hold of next week, what would it be?